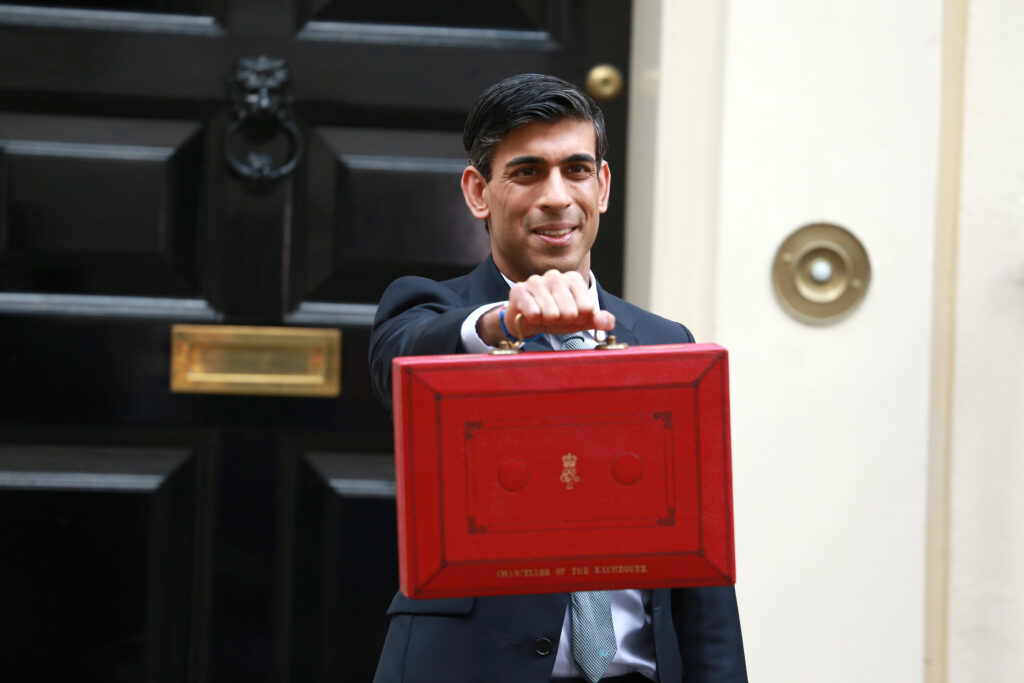 Last month Rishi Sunak announced the annual UK Budget and published the accompanying Spending Review, which outlined government expenditure plans for the next fiscal year. These two announcements follow months of discussions about spending priorities among MPs, as the UK government has spent hundreds of billions tackling the Covid-19 pandemic. Sunak’s plans offer spending increases for all government departments, including £7bn allocated to improving transport infrastructure in cities outside London.

The chancellor presented a headline-grabbing budget that included funding for the government’s transport plans, which he described as delivering “an infrastructure revolution”. This ‘infrastructure revolution’ is at the core of the chancellor’s ambition to direct money towards Boris Johnson’s ‘levelling up’ objectives, which aim to narrow regional inequalities. This agenda has been notably devoid of policy detail thus far but is intended to aid opportunity in previously neglected regions such as the North East and West Midlands. Under Boris Johnson, the Conservatives won 47 ‘red wall’ seats from Labour in the 2019 election in the Midlands and northern England, Downing Street staff recognise that tangible improvements in these areas are needed if they are to be held.

Defending his statement in the House of Commons, Sunak emphasised the Treasury’s commitment to providing £5.7bn for transport schemes across seven English city regions. This financial commitment underpins what Sunak described as: “a local transport revolution to level up commutes and journey times outside London”. The implications of these devolved transport funds are highly significant, most notably for the rail industry. Within the schemes are plans for new stations in Liverpool, as well as upgrades to Darlington and Middlesbrough stations in the North of England. The latter two stations are located within the Tees Valley, which in recent years has been an electorally fertile region for the Conservatives.

Sunak’s speech broadly outlined how the allocated infrastructure funding would be spent. However, crucially, his Budget speech lacked the core details that many in the industry had been anticipating. No further insight was provided on whether the Treasury’s funding will sufficiently cover the expense of fully delivering the projects such as HS2 and Northern Powerhouse Rail (NPR). Instead, Sunak clarified that further details would be revealed in the Integrated Rail Plan (IRP).

This announcement has been interpreted by many as being strategic. With widespread speculation that it is an attempt to deflect from the Treasury’s additional intentions to cancel the eastern leg of HS2 and a scale down Northern Powerhouse Rail. Although the validity of such claims remains to be confirmed in the IRP, the absence of any discussion of these projects by the chancellor does little to calm this speculation.

What should we expect next? The delayed Integrated Rail Plan

The delayed Integrated Rail Plan, in which the government is expected to lay out its visions for projects including HS2 and NPR, had originally been expected to arrive alongside the Budget and Spending Review. However, the IRP has recently been delayed until mid-November.

The primary cause for its delay can be attributed to internal disagreements between Downing Street officials and the Treasury. Sources close to Keeble Brown have suggested that Mr Johnson wants to add to the IRP to extend the TransPennine Route Update (TRU) beyond Leeds and Manchester, which the Treasury regards as unaffordable. Recently Downing Street officials have briefed the press that the Treasury is plotting to scale down the NPR scheme to shave billions from the estimated £40bn costs. This follows rumoured proposals suggesting that the existing line from Leeds to Manchester would be electrified and widened with a new spur to Bradford, making it a cheaper alternative than building an entirely new line.

Boris Johnson’s interest in delivering the NPR in full is driven by the fact that it was a manifesto pledge contributing to his landslide election victory in 2019, as both his reputation and Conservative electoral fortunes depend upon it. The project’s completion is crucial to maintaining voter support in northern England, which is vital for the Conservatives to maintain a strong majority in the House of Commons.

However, the scale of the costs required to complete this project stands in direct opposition to the strategic interests of the Treasury. The Chancellor wants to keep public spending under control, to provide scope for pre-election tax cuts in 2024. Treasury officials see themselves as the ultimate custodians of public money. Boris Johnson’s popular instinct to make large uncosted spending pledges runs counter to this goal. The tension dictating the final delivery of the IRP only serves to exacerbate the lack of transparency surrounding its content. This threatens to derail the credibility of an infrastructure revolution.