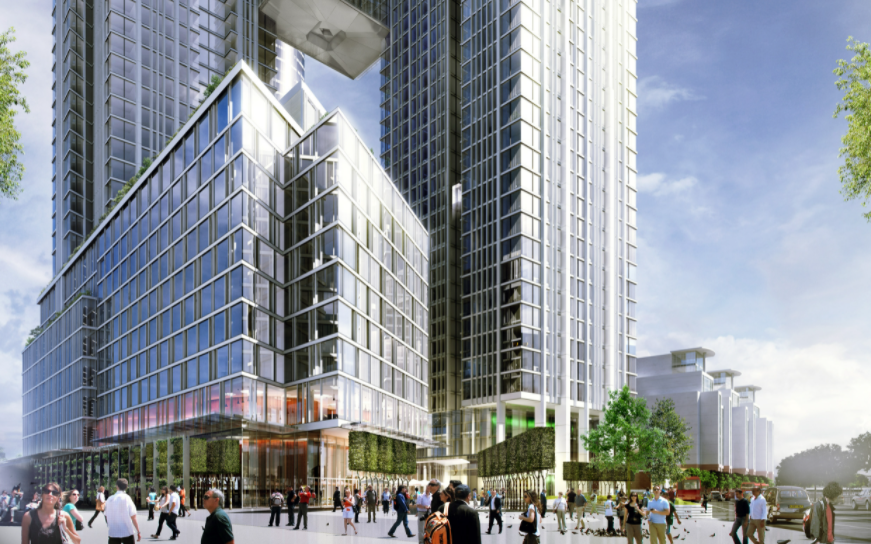 As ministers top up their tan abroad, whilst parliament has its summer holiday, the public continues to wage the war on cladding on home turf. The fallout from Robert Jenrick’s recent announcement, that buildings under 18m no longer need an EWS1 form, has continued to attract headlines. As if the debate over who exactly requires the infamous form isn’t confusing enough, according to the National Fraud Intelligence Bureau (NFIB) residents are now dealing with scammers posing as EWS1 assessment officials.

A proposed ‘Polluter Pays’ amendment was also suggested this month, which would see those that ‘polluted’ the building liable for any costs. However, just as residents began to throw support behind the idea, industry experts stressed that whilst this may seem like an easy answer, the amendment’s success would depend on being able to actually find and bill the original contractors…which is no easy feat.

If this has piqued your interest, then settle in for another whistle-stop tour of all things building safety.

All the twists and turns on the EWS1 rollercoaster last month have left leaseholders confused and the latest events have a high potential of making them even more dizzy. Last month, Robert Jenrick’s light-heartedly announcement that EWS1 forms were no longer required for buildings under 18m. His announcement was followed by RICS statement that it could not alter its advice to lenders until the government updates its own fire safety advice. The contradictive advice does not only seem to confuse leaseholders. In response to Jenrick’s advice, Housing association L&Q has reportedly sent letters to almost 10,000 residents living in blocks under 18m advising them that they will not need an EWS1 inspection of their building. Yet, major mortgage lenders have since warned they will not change their policies until the government updates its Advice Notes.

Yet, after this month’s latest events, we are wondering if we can spot a finish line to our unpleasant EWS1 rollercoaster ride, or if the twists and turns have us hallucinating. The Ministry of Housing, Communities and Local Government (MHCLG) has recommended that buildings under 18m, that have had EWS1 forms issued recommending that remediation works take place, should have the findings re-examined. If it is found that the works would not be cost-effective or proportionate, MHCLG advised then the initial recommendation should be changed. The MHCLG described RICS and other industry bodies as letting ‘excessive caution’ cloud the fact that there is no evidence of a systematic fire risk in lower risk buildings, leaving leaseholders unable to sell. The statement made to Inside Housing puts pressure on RICS is to budge on its guidance.

As if this ride wasn’t yet making us nausaeic enough so far, it was reported this month that some people have seen an opportunity to fraudulently take advantage of the EWS1 situation. The National Fraud Intelligence Bureau (NFIB) has confirmed to Inside Housing that it received 15 reports mentioning EWS1 forms between August last year and May this year. Inside Housing implies that there are likely hundreds of instances of fraud. Despite the Fire Industry Association’s introduction of an EWS1 form portal, this does not completely prevent leaseholders from unknowingly paying a non-professional to conduct the checks. With no clear control over the system and leaseholders desperate to sell their flats, it is unsurprising that fraud cases are on the rise.

Meanwhile it emerged that half of the government’s Waking Watch Relief Fund has gone unclaimed. Leaseholders and property managers have blamed the government for issues in qualification. While there have been 119 successful applications in the first phase only seven applicants had been successful in the latest phase. While we desperately want to belief the drop in applicants can by explained by less Waking Watched needed, several reports on the spiralling service charges leaseholders face due to Waking Watches prove us wildly wrong. Residents of Cardinal Lofts in Ipswich, for example, are reportedly facing service charges of a residents £300 a month, which must come as a huge shock. A drop in the number of successful applicants to the Waking Watch Relief Fund rather shows that something is going wrong here. As residents have also been let down by the Building Safety Bill’s continuation to fail to protect leaseholders from remediation costs, the Waking Watch Relief Fund is a vital way to limit the costs being passed on.

To further limit costs for the leaseholder, the government is reportedly considering a ‘Polluter Pays’ bill which could be considered as an amendment to the Building Safety Bill that is currently going through parliament. Campaigner Steve Day explained that his proposals are based on existing legislation which applies to contaminated land. If the proposals were adopted, buildings would be divided into two groups: those which were not built in line with regulations at the time of construction and those which were but are no longer compliant. The legislation would allow the government to pursue the “polluters”, developers and builders responsible for constructing the buildings, rather than the leaseholders who currently live there. In cases where the original developer cannot be located, the taxpayer would pick up the bill. Crucially, there would be no time limit in the legislation, as currently, leaseholders have six years from when the building was built to launch legal action, proving not nearly enough time.

Since the proposal came to the fore, several members of the industry have given their thoughts on the amendment. The consensus was that while the amendment may not be a perfect solution, it would be a step towards restoring trust and re-booting the market.  Yet the government’s response appears to be non-committal, as usual, and there is no guarantee at this stage whether the plans will be accepted into the Building Safety Bill.

A useful update by @JSimpsonjourno - who rightly points out that withdrawing the AN does not increase clarity on this topic, merely the gover...