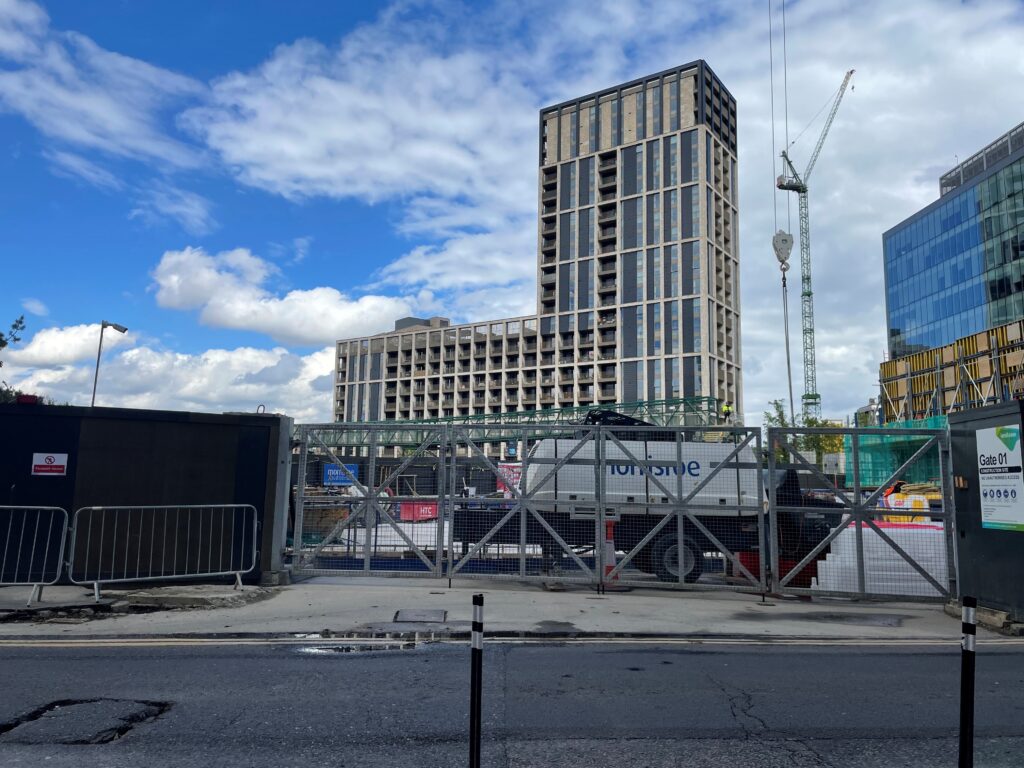 It has been an interesting month in the media for building safety, not least following the recent passing of the highly anticipated Fire Safety Bill. The government may have been hoping that the dust would settle quickly, but the opposition has had other ideas. Media outlets of all shapes and sizes have not held back on their criticism of the government, accusing them of betraying leaseholders and leaving innocent people to pick up the bills.

You have may missed the Queen’s speech – it was a more subdued affair this year owing to the ongoing pandemic. Among the 26 Bills introduced was the Building Safety Bill, published in draft form last year, which will introduce a new regulatory regime overseen by the Health and Safety Executive and a new approval system for new residential developments.

So buckle up and enjoy our whistle-stop tour of all things building safety!

Early in the month, pictures of a burning block of flats appeared on TV news screens. Many feared the worst as memories of Grenfell came flooding back. As further details of the incident emerged, it became known that the block contained ACM cladding and was embroiled in a row with the developer about who should pay to remove the dangerous material (Although said developer did manage to find time to construct a glass swimming pool between two buildings in Battersea).

Thankfully, no-one was injured but the incident brought home the need for the government to take a tougher stance against developers who are dragging their feet.

Later in the month, media attention turned towards the legal implications of the incident for residents. Construction News reported that some New Providence Wharf residents were seeking compensation for increased insurance costs, lost rental income and distress and inconvenience (their case was lodged before the fire). The court ruled that the claimants could potentially be compensated, but only after remedial works have been completed. This could potentially leave the door open to swathes of litigation in the next few years.

The passing of the Fire Safety Bill was set to clear up confusion over who exactly is liable for building safety costs and remediation works…however as you’ll see, it seems that no one is none the wiser.

Beginning on a slightly positive note (for a change), Irish developer Ballymore announced it will provide £20m towards the cost of building remediation for its properties in London. The developer had previously offered £15m but since agreed to provide an extra £5m ‘to fund shortfalls between the cost of works and what will be covered by the government funds.’ This uncharacteristically generous review almost certainly came in response to the fire at New providence Wharf.

There have also been two notable leaseholder cases this month, regarding building safety costs:

It seems that the industry isn’t doing much for its post-Grenfell reputation. Could the public be better suited in the hard hats examining properties?

Anyway, let’s talk landlords. Inside Housing suggested that social landlords had seen a 15% increase in the cost of repairs and maintenance owing to the building safety crisis. Nevertheless, the trade media outlet somewhat disingenuously inflated the findings of the report for the sake of a more attractive headline. The headline also omitted the fact later revealed in the article that the 15% rise to £5.7bn across the sector is from 2017 – 2020, with the annual increase being closer to 5%.

If media outlets continue to unhelpfully exaggerate figures to the public, we will be sure to see further disputes on the horizon. But maybe the government will save the day…

Forgive us for drawing a slightly cynical link here, but as this month has put a spotlight on building safety issues, politicians have been active in responding to these matters.

Seizing this golden opportunity to capitalise on the government’s shortcomings, opposition MPs have been active in their corresponding constituencies. Labour MPs Dawn Butler (Brent Central) and Apsana Begum (Poplar and Limehouse) both wrote columns in local newspapers pledging to continue campaigning on building safety, despite the passage of the government’s Fire Safety Bill. Both MPs referenced the fire at New Providence Wharf and highlighted the Labour Party’s proposals to help leaseholders, which the government rejected – several times in fact.

The government also opened its consultation on a proposed ‘developer tax’, for certain properties, which was announced earlier this year as part of the package for funding building safety. The levy is expected to raise £2bn over ten years, although could be extended if this target is not reached.

Finally, the Ministry of Housing, Communities and Local Government quickly refuted claims that fully remediating all buildings in the UK will cost £50bn, which is ten times higher than the amount of funding that the government has stated.

Posting on Twitter, MHCLG stated: ‘This figure is unsubstantiated and the reports are unreliable and unhelpful.’ As Keeble Brown previously reported, a construction firm currently contracted to remediate buildings estimated the total cost would be £50bn. Parliament’s own Housing, Communities and Local Government select committee suggested the true cost will be £15bn. Perhaps the actual figure is floating somewhere between all of these suggestions.

After digesting all of this, one very fairly, may be left wondering what the solution is here. The answer potentially lies in building owners buying back properties – at least in the cases with the most serious problems. Notting Hill Genesis recently hit the headlines as it spent £22m buying back flats on the Paragon Estate, Brentford. Ouch.

Approximately 1,000 residents were evacuated last year due to building defects. Audited accounts state that the total estimated cost of remediation is expected to be £230m, although some costs may be recouped through the government’s Building Safety Fund, the National House Building Council and individual leaseholders. While this may have been necessary in this case, it is simply unsustainable (especially for social landlords) to do this every time.

Barratt has also now bought back 95 flats from leaseholders at its troubled Citiscape development in Croydon. Residents were evacuated in September last year due to issues with the reinforced concrete frame of the building, in addition to previously identified flammable cladding.

Media reports from earlier this year indicated that Barratt had spent over £15m on cladding remediation for the building. Now, The Times has suggested that the developer is considering demolishing the building and replacing it. For the big developers who can afford it, simply knocking buildings down and replacing them may become increasingly common over the next few years. That solution isn’t going to work for everyone though.

Complete the form below to access the latest built environment news and insight from Keeble Brown.